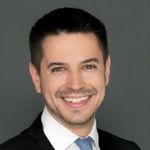 Steven Ayala is a dedicated defense attorney that appreciates the responsibilities of being an effective advocate.  He enjoys empowering his clients and zealously fighting to defend their rights.

Mr. Ayala grew up in Arizona, developing and maintaining a steadfast interest in immigration issues.  He then ventured out of the state, graduating from Loyola Marymount University in Los Angeles, and then from Marquette University Law School in Milwaukee.  After his first year of law school, he served as the President of the Marquette Immigration Law Association and as the Coordinator of the “Know Your Rights” Immigrant Detention Project, hosting presentations at an immigrant detention center in southeastern Wisconsin.  After his second year of law school, he received a grant from the Public Interest Law Society to work as a law clerk providing low cost immigration representation to the Milwaukee immigrant community.  Before law school, Mr. Ayala worked with refugees as a housing coordinator for a U.S. resettlement agency in Cleveland.

Mr. Ayala has appeared in U.S. immigration courts throughout Arizona, California, Texas, and Washington.  More specifically, he has represented clients in removal proceedings, expedited removal proceedings, withholding-only proceedings, bond proceedings, credible fear interviews, and reasonable fear interviews.  He has experience contesting removability and arguing relief eligibility.  Additionally, he has represented clients in seeking cancellation of removal for both LPRs and non-LPRs, asylum, adjustment of status, voluntary departure, and administrative closure.  He also represents clients before the Board of Immigration Appeals, the U.S. District Court for the District of Arizona, and the U.S. Court of Appeals for the Ninth Circuit.

Outside of litigation, Mr. Ayala has represented clients in affirmative applications for relief like asylum, adjustment of status, consular processing, waivers of inadmissibility, U nonimmigrant status, relief under the Violence Against Women Act (“VAWA”), deferred action, requests for prosecutorial discretion, and administrative stays of removal.  He has experience working with various components of the U.S. Department of Homeland Security, including Citizenship and Immigration Services, Immigration and Customs Enforcement, Office of Inspector General, Office of Civil Rights, and Homeland Security Investigations.